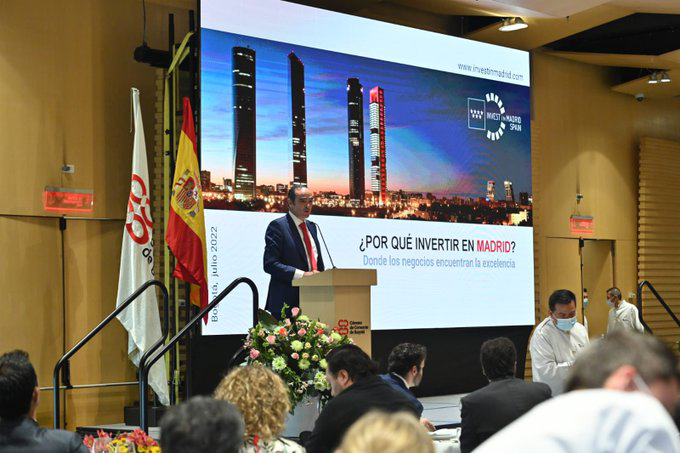 Spain is the number one destination in Europe for Latin American companies. From Spain, many large multinationals do business with the rest of the European continent. Spain is also the second largest investor in Latin America, after the United States. This fruitful relationship between the two sides of the Atlantic took a new impetus last week after the director of Invest In Madrid, Rodrigo de la Mota, and the Minister of Economy and Employment of Madrid Region, Javier Fernández-Lasquetty, visited Colombia and Chile to meet with the business communities of both countries.

It has been four days of marathon meetings with more than 300 companies seeking to expand to the European continent. Both Lasquetty and de la Mota have had the opportunity to explain the enormous advantages that Madrid offers as a pole of attraction for these investments: both because of its unbeatable geographical location to promote trade with the rest of Europe, thanks to the common currency, and because of the cultural similarities between the two regions, which will undoubtedly facilitate the landing of these companies in new territory.

But the most noteworthy aspect is, of course, the enormous tax advantages that Madrid offers its business fabric after more than 18 years of tax reduction policies. Not surprisingly, our region is the main focus of reception of foreign investment. In 2021 alone, Madrid received 73% of all the foreign direct investment that entered Spain: almost 29,000 million euros. These figures undoubtedly contribute to making the Region of Madrid the region with the highest employment and income per capita in Spain.

More than 100 Chilean and 200 Colombian companies have shown their interest in setting up their businesses in our region.