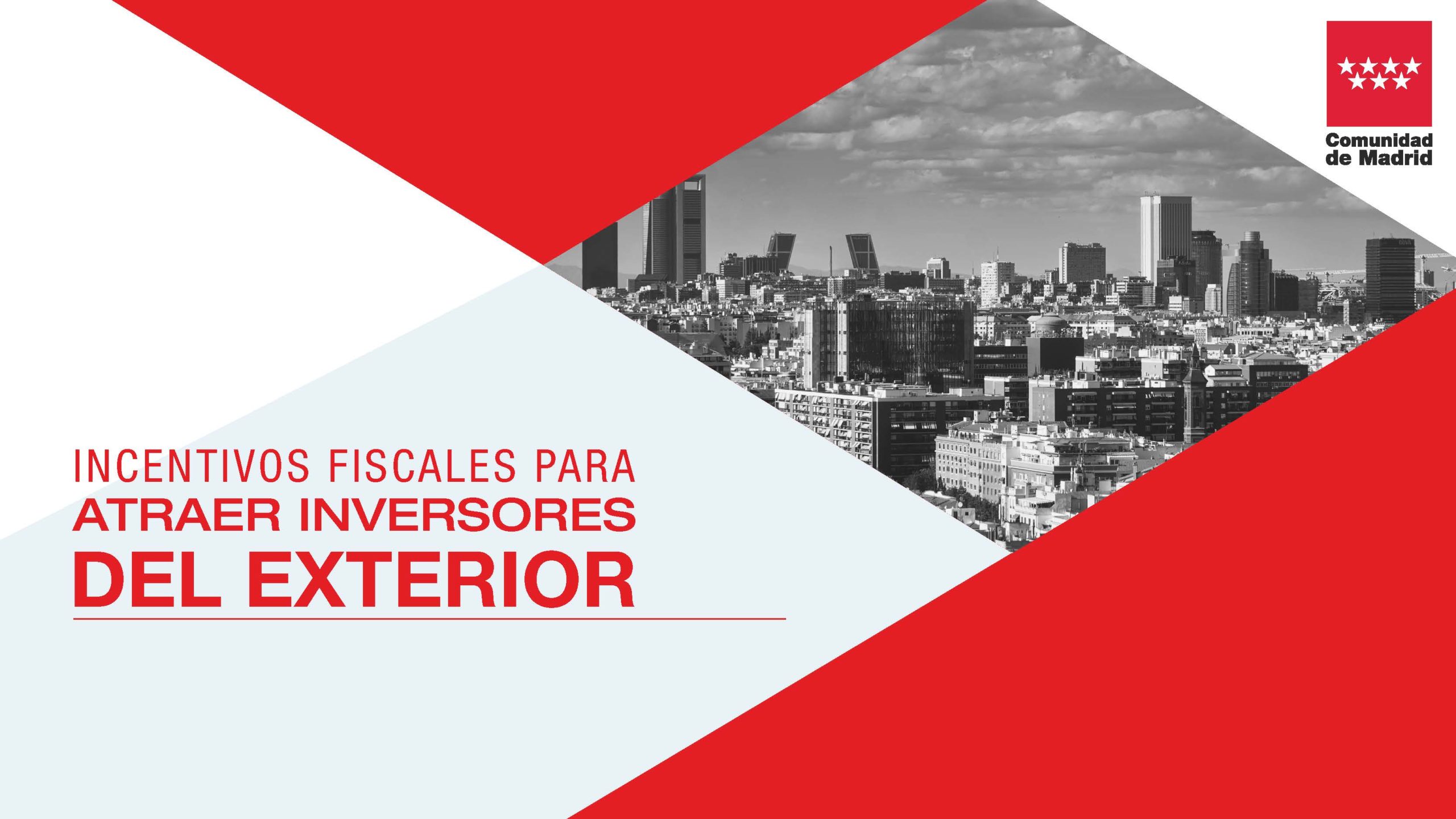 New personal income tax deduction for new investments coming from a foreign country to the Region of Madrid. The regional government has announced an ambitious measure, a pioneer in Europe, which will allow all people, nationals and foreigners, who make an investment in the Community of Madrid after having lived outside Spain for more than 5 years, to deduct 20% of the investment through a reduction in the regional income tax bracket.

The measure will apply to any type of investment, be it real estate, financial or business. In the case of financial assets, it will not be necessary for them to be located in Madrid Region, something that will be required for real estate assets.

There is no limit to the amount of tax relief; in other words, it will be applied from the first euro invested. As for the ceiling, it will be the IRPF quota itself on which the 20% deduction is applied; in other words, if it is sufficient to compensate for the entire deduction, it can be made in the first year of the investment. If not, it will be spread over six years, the minimum time the investment must be maintained in the Community of Madrid.

The measure will be implemented following the amendment of the Consolidated Text of the legal provisions of the Region of Madrid on taxes ceded by the State, approved by Legislative Decree 1/2012 of 21 October. Following its validation by the Regional Government Council and its subsequent parliamentary processing, this measure is expected to enter into force this year.

According to estimates, this new measure will have a major impact on the regional economy, since for every billion-euro invested, it is expected to contribute €886 million to the regional GDP, as well as generating 13,000 new jobs.