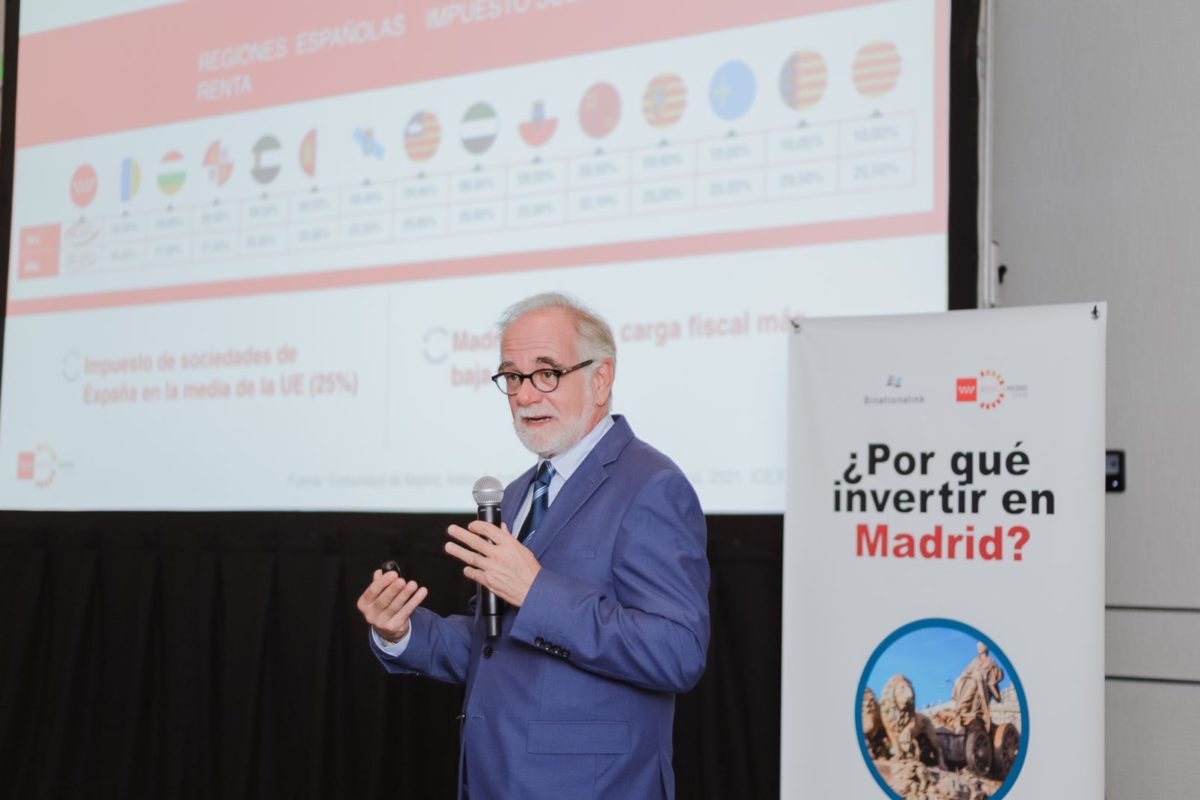 Invest In Madrid reinforces its commitment to Latin America. Following the trips organised this summer to attract investment from Chile and Colombia, September ended with a round of investment seminars in Mexico, which in 2021 became the leading Latin American investor in Spain, the sixth largest in the world. Rodrigo de la Mota, Managing Director of Invest In Madrid, and Diego de Arístegui, Project Director, went there to explain the competitive advantages offered by our region as an investment destination.

The two seminars were held on 27 and 29 September in Mexico City and Monterrey, respectively. In addition to explaining the advantages of the Region of Madrid as a destination for foreign investment, the aim was to show that investment in Madrid, Spain and the European Union is the best way to diversify investments abroad. To date, the United States continues to be the leading recipient country for Mexican investment.

In addition to Invest in Madrid, the seminars featured a presentation by the Madrid law firm Barrilero Asociados, which focused on how to open a company in Madrid from both a commercial and tax point of view. In addition, a representative of CaixaBank in Mexico told attendees how to open a bank account in Madrid, as well as different ways to access financing. Other topics were also discussed, such as the programme for obtaining residency for non-EU citizens (Golden Visa) or the special tax regime for impatriates, also known as the Beckham Law. The President of the Vinos de Madrid Regulatory Council and two representatives of Alcobendas Hub, the Alcobendas City Council entity specialising in the management of foreign companies, also took part in the presentations.

A total of 60 companies attended the conference, representing sectors as varied as start-ups, consultancy, transport and real estate. The success of these conferences demonstrated the growing interest of the Mexican business community in our region. Our economic, fiscal and political stability, the legal security we offer to companies and the facilities for obtaining residency are some of the factors that have made Madrid one of the main centres of attraction for Mexican investment.